Our Physician, Gisele A. Leon-Ritch is a Doctor of Oriental Medicine, Acupuncturist, Herbologist, Homeopathy Practitioner and a certified Hypnotist. She is licensed by the State of Florida and certified by the NCCAOM (National Certification and Commission for Acupuncture and Oriental Medicine).

Dr. Gisele, as she is fondly called by her patients is a graduate of the Atlantic Institute of Oriental Medicine, where she qualified for her Florida license. Post graduation she furthered her clinical experience at the Yue Yang Hospital of Integrative Medicine, Shanghai TCM University in China.

Influenced heavily by her father, Dr. John Leon MD, a native of Jamaica who was a hugely successful medical practitioner both in New York and Jamaica, Dr. Gisele developed a keen interest in science at an early age. Her original ambition was to follow in her father’s footsteps and pursue Allopathic Medicine , which she did embark upon, but soon realized that there was a greater need to prevent disease through Nutrition, Exercise and lifestyle changes, and to treat “dis-ease” holistically, i.e. to focus and treat the etiology (the root) of the illness as well as the manifesting symptoms. Equally influenced by her Mother, Micheline, a native of Switzerland she was exposed to and adopted her love of Eastern Philosophy, Spirituality and Yoga and developed a fascination for the innate healing capabilities of the human body.

This desire led her into the fields of Exercise Physiology and Kinesiology, Nutrition and Lifestyle Counseling. In the early 90’s she became the “Weight-loss and Fitness Guru” of Kingston , Jamaica, where she helped hundreds of people to overcome obesity, hypertension, hyperglycemia and musculoskeletal disorders at her center “STEPS”. Dr. Gisele and her husband then moved to Georgetown, Grand Cayman where they established another extremely successful center “Ritch Fitness”

The loss of her father, Dr. John Leon to colon cancer at the young age of 64 motivated Dr. Gisele to research and further her studies in complementary and preventative medicine which ultimately led to the pursuit of Oriental Medicine and Homeopathy. On her return from China, Dr. Gisele founded Synergie Holistic Medicine, Inc. and is currently enjoying being a sole practitioner. 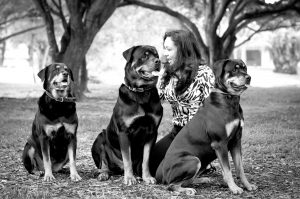